I’ve not done a long photowalk for ages, and today seemed to be the day for it.

I cycle a lot, and earlier in the week, a friend and I tried to get along the old Louth to Grimsby rail line – closed by Beecham in the 1960’s – it started OK and we got a fair way down the track, but didn’t make it to the far end as the undergrowth looked too deep.

Today, I had this really good idea to approach it from the other end, and on foot – so armed with camera, and trusty dog companion – we set off.

The track was a bit overgrown, but manageable, and dog was having a good time – lots of new stuff to sniff, and rabbits to look at – we even saw some roe deer.

Moving on towards the next village though, saw the track get more and more overgrown – the nettles got taller, and the brambles more treacherous with their trip hazards. Dog started to get a bit miffed, and complained about treading on spiky things. He was only mollified by getting a few blackberries to chomp on as we went along.

The grass got deeper and deeper, and I decided that no person had walked that way in years…. it was pretty obvious why….. It was a wonderful wildlife corridor though, with lots of butterflies. (Should have had a macro lens with me – hey ho).

Anyway, after about 45 minutes of trudging, we got to a point where we just couldn’t go any further – the trees / bushes / nettles etc were so close together it was just impassable, unless you were a rabbit.

After a brief rest in a field – we set off back the way we had come – dog happier now we were going back.

We stopped to have a drink, and watched some harvesting going on, and then turned our noses to home.

Much easier walking now – till we got to a stile that is a set of steps over a wall – Dog refused… so we had to go back – another return trip.

Anyway – job done – walk complete – both of us exhausted. Hard walking – but I was determined to get the camera out for a bout of fresh air……. Some mobile phone pics got taken too, as I needed the rucksack to carry everything the dog wanted to bring….. 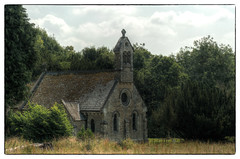 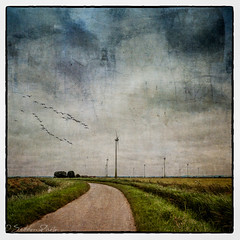 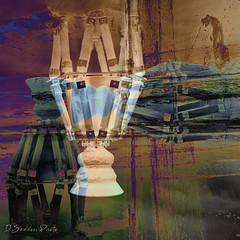