The above quote is from an Australian Photographer – Steve Coleman – he lives in Sydney, shoots film, and his images are different.  He makes photography sound simple again – and so it should be.

I’m not a street photographer, but I have the greatest of respect for those who can do it well.  I have a friend locally who is a wonderful street shooter.  I’ve been out with him a few times, and stood next to him as he worked his magic.  I could see the results afterwards, but for the life of me, at the time, could not see what he was waiting for.  He knows exactly what he’s looking for, and has the imagination, and creativity to make those images come to life.

The image above was taken when I was on holiday in Amsterdam.  The weather was terrible, and I just took a set of images in Dam Square because I found this chap (who was feeding the pigeons) interesting.    It’s not often that I let myself go, and just shoot for the sake of it – and it’s a picture that’s been sat on my hard drive for a couple of years.  It’s only recently that I’ve come back to this set of images, and actually processed them up. 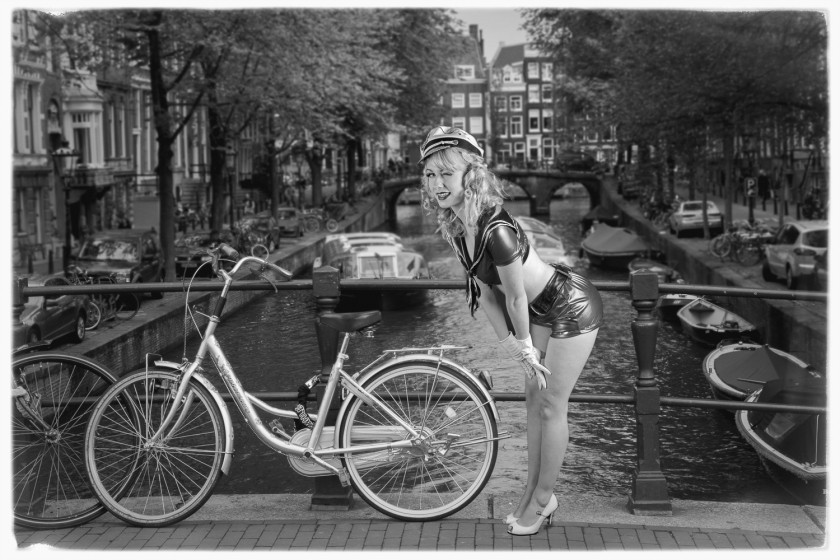 So, next time you’re at a loss for something to do, then have a look through your archive. I bet you’ll be surprised at what you can find.  Technology moves on, and the shots you took years ago, can now be reprocessed into something acceptable.

I sat only this morning, talking to another photographer about images that languish on hard drives – he co-incidentally – was doing the same thing as me, and going through archived images looking for inspiration.  We agreed that images previously thought to be lost, can be revivied.

Don’t forget that photography has to be fun – it has to keep you interested, and for you to be interested, you have to take photographs of things that interest you.

Thank you Mr Steve Coleman for reminding me of this simple fact.