Well, before I get into this more deeply, I’m going to recite a short story I sometimes tell when I do my talks….. it goes like this…

When I first started in digital photography, I was using a Canon 350D, I thought it was great, and I even had two lens….  A 17-55 F4 I think it was, and a small 60mm macro.  Excitedly, I joined a local camera club too.  I’d done my research (I thought) and looked at what was around, and chose the one nearest to my home – only a 10 minute or so drive away.

That first night – eager to learn new things – I turned up, camera in hand – to realise that no-one took cameras to a camera club !!  OK, lesson learned….. but they had a competition on that first night – I forget what the theme was, but suspect there was one……. Anyway – there was obviously a winner at the end, and whatever it was (I honestly can’t remember it now) – I was impressed by it – the photographer had done something I must have thought was miraculous in photoshop or some such thing.

Impressed, and probably a little nervous to approach a photographer of such skill, I tremulously asked how they had done it…. The answer….. well, somewhat disappointing really – he said “if I told you how I’d done it – then you would know”….. and then he walked away……

That off the cuff comment stayed with me over the years, and as I slowly improved, changed clubs, moved house and so forth, the remark still stayed with me…….  In fairness, over time I met any number of photographers who were more than generous with their time and explanations and help generally.  Folks who mentored me through my LRPS, and my ARPS, and other things too – not just photography, but the ability to make spreadsheets for my AFIAP…. In the end far too many to mention individually,  (But if you are reading this, you will know who you are)…

Why am I telling you this?

Well, at some point, I decided that if I ever reached those giddy heights where someone asked me how I did something – I’d tell them – I’d spell it out in words of not more than one syllable if necessary…..  and somehow, some way – here I am, doing talks for clubs on how to be more creative in their photographic art life.  There are no secrets in photography.

What I talk about ad nauseam is the need for the photographer to forget the camera – and learn to use it instinctively.  There’s a real reason to not be thinking about buttons and dials – there’s a need to create without the camera being a hinderance.

The ability to assess ISO, Fstop and shutter speed for instance, is critical – it is this sort of thing together with a sense of imagination and creativity that goes towards the finished product.

One of the subjects that comes up most, is my ARPS panel – made up of multiple images in each finished shot.  Up to 70 in one case, and as few as 20 in another.

Even though I finished this panel nearly two years ago now, they seem to be as fresh (to me anyway) now, as they were when I made them.

Most times when I talk about these, I go into some detail about how I made them, and I’m always flattered when people ask me for the formulae…..  and in essence, there really isn’t any right or wrong way to make these, it’s just practice and working with enormous files in photoshop.  Also, the need to accept that some subjects just don’t work, and others do – quite unexpectedly – sometimes.  Others just ‘flow’.

Where does inspiration come from though? – well in my case it started with a painting, by James McNeill Whistler  – it’s called ‘Sea and Rain’ and I really loved the softness of the whole image, and the fact that the figure on the beach is nearly translucent.  This combined with images created by a Canadian Photographer, and the Catalan Pep Ventosa set me off on a trail lasting over 18 months.   Practicing with different subjects, and refining how the entire process worked.

Most flattering though is when a photographer takes the bull by the horns – uses the techniques I have ‘taught’ them, and produces something special.

Such an image came in from Roy Goulden of Freeland Camera Club – we emailed back and forth for some time – with me suggesting different ways of dealing with this technique, and finally, he nailed it. He has very kindly allowed me to use his image in this blog post.

I take an intense delight in seeing people collect ideas, run with them, and make them their own – and, it’s even better if their results turn out to be better than my own…..

Why do photographers keep ‘secrets’?  I have no idea, other than it might give them a sense of superiority….

Ultimately – whatever it is that inspires you, whether another photographer, painter, or any creative, it has to motivate you to ‘do’ something.  Look around for ideas, look at other peoples work – ask how they did it if necessary, and then use that inspiration to make something uniquely your own. 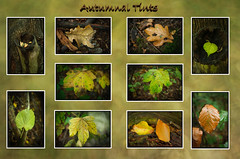 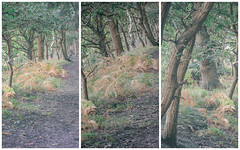 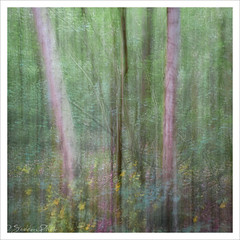