I was reading an article the other day on Facebook – the discussion mostly revolved  around the giving away of images, and the problems surrounding professional photographers whose income was being somewhat eroded by this same action.

It started by someone saying they’d just got a DSLR, and had been asked to shoot a wedding, and could anyone offer any advice.  The resounding advice initially was “don’t do it” and “leave it to the professionals”, and “maybe get someone to take you on as a second shooter” ……. the response was outstandingly negative towards professional photographers, with remarks such as “anyone can shoot a wedding”.  I have to confess, I left the conversation feeling somewhat irritated.

Why is it, that beginner photographers, and some amateurs feel that it’s acceptable to take mediocre photographs at a wedding, and feel that their images are going to be so much better than a professional photographers?

I’m the first to admit that there are amateurs out there, who are very good indeed, and would produce stunning images for their clients – but there are others who are just NOT good enough, and who won’t admit it.  More irritatingly still, these are generally the people who are arrogant enough to think that the professional photographer with their ‘big cameras’ are not going to be as good as they are.  After the conversation had insulted Nikon / Canon etc, they turned on the professional photographers, and had a go at them – saying that it wasn’t fair that they charged so much……

I’d like them to think of it this way .. If the electrics fail in your house – are you going to nip down the road and ask the neighbour who has a few tools (which might be better than yours), but has no experience to come and fix them?  Are you going to ask someone to come and sort your plumbing out just because they’ve just bought a new wrench?  I didn’t think so.  So why should employing a photographer be any different?

Expensive yes, but then so is the electrician, or plumber.  I understand that if the photographer gets it wrong, there is little likelihood of a loss of life (unless it is the photographer of course) – but then again, it’s a day that is not going to be repeated – a day that carries much significance, with these being the only memories.  It’s great to get the shots from the guests, but most people also want the romance, and the drama of the day, which an inexperienced photographer is not going to always get.

What is it about photography that makes people think they can do anything, and charge for it?

I used to teach basic camera skills – the first question I used to be asked would be “how do I get the best out of this camera?, and how can I make sure that my photography is going to be the best it can be?

These days – the people come, with their shiny new DSLR’s saying “how can I make money from my photographs?”  The answer should be – you can’t, till you learn how to use it properly.

I’m not going to end with the standard wedding shot, instead I’m ending with something that maybe the first timer could not immediately do. 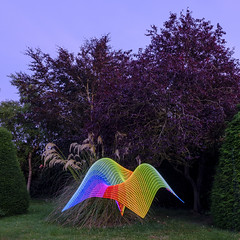