Ever since I first held a DSLR, it’s been a Canon – I remember standing in what was a half decent camera shop in Manchester – I had a Nikon in one hand, and a Canon in the other – I chose the Canon – not because I thought it was ‘better’ (the spec was about the same on both), but because it felt better in my hand.   That was the Canon 350D, and I was on the road – after that I had a 5D – Canon’s first full frame at a reasonable price – and from there I travelled on through the 1D Mk3, to the 1D Mk4 (which I loved so much I had two of them!) – and then the 1DX (which is still in my opinion the best camera I have ever owned).  I bought glass too.  L Glass, and used it mercilessly.  Commercial work, photo journalism work, agency work – the cameras and glass were worked very hard, and never let me down.

I smashed one camera into bits inside Manchester Cathedral – I watched the slow topple of a tripod from the top of some steps, with the camera and lens falling in slow motion.  The whole lot hit the marble floor, and the camera exploded into all sorts of interesting bits.  The lens sheared off – half on the camera body, and the other half rolling across the floor – I could have cried.    I dropped the whole lot off at Calumet on my way home, and as a Canon CPS member, it was repaired, and returned to me in perfect working order around 10 days later.

So, I have, as you can see, been a Canon advocate for many many years.

In January of this year – we decided on the spur of the moment, to go to Spain.  For the last couple of holidays, I’ve taken the GoPro with me – as the Canon bodies and lens are heavy, and bulky.  This holiday was on a budget airline, and we were going without checking anything into the hold.  I needed a lightweight camera.

Canon, had brought out their mirrorless M5 – so I went off to look at one.  I borrowed it (leaving my Mk4 as security) and shot off round Lincoln.  I came home, and looked at the images, and was mildly disappointed, trying to remember that it wasn’t the DX I was used to.  I remembered too, that a year or so previously, I’d had hold of a Fuji X-T1, and loved the retro feel.  So, I rang a friend who had one, and he said the image quality was excellent, and that Fuji had just released the X-T2 – I went out to look.

The sample shots were pleasing, and the camera felt like film cameras used to – all the dials on the top, the fstop ring on the lens!  Comfortable to hold.  I was hooked.  I went back the next day and bought one – and a 23mm F2 lens.

The first trip out was to Hull on January 5th – the start of the Year of Culture….. low light, and the camera was superb.

I went off on holiday to Spain –  and experimented.  Good colour rendition – and this with just the one prime 23mm lens.  The files are much bigger than those that come from the DX, and so I can crop with impunity.

This week, I bought the Fuji 16-55 f2.8, and today is the first day out with this lens.  It’s sharp, renders great colour, and I’m VERY impressed with the overall image quality.  This little camera is just what I’ve been looking for.

Here are a few more pictures from today’s visit to the beach…..

Am I a Fuji convert ?  Well, nearly.  It would take an awful lot before I’d get rid of my 1DX.  In the meantime, I’m enjoying the freedom a smaller camera gives me – I don’t miss carrying the weight around, and I do enjoy the in-camera fun – the double exposures, and the ability to shoot in monochrome, using the Fuji ACROS filters.

More on this in due course………. 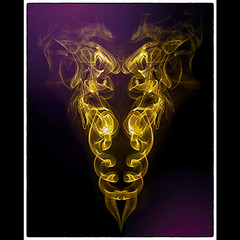 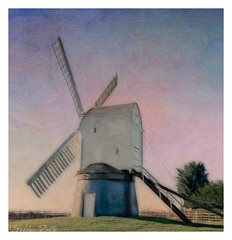